Monte Trigona is located about 8 km from the city of Catania and the Ionian Sea. At the foot of the hill is a winery as old as 1638. The find of terracotta pots suggest a viticulture from ancient times. The site is blessed with a big cave with a perfect temperature to store wine. The cave actually lies directly under a wineyard and can be visited.

The south-east part of Etna has a high density of lateral craters. Especially around the villages Pedara and Trecastagni, in an area of 30 km2, between 500 and 800 meters above sea level, there are about 10 craters that have been the perfect slope for viticulture for many centuries untill today. Monte Ilice, Monte Gorna, Monte Serra, Monte San Nicolò, Monterosso and Monte Troina - to name a few - are home to reknown wineries like Benanti, Biondi & Nicosia as well as vineyards managed by locals that aim to produce wine for themselves, family and friends.

Monte Trigona is located most southern of this group of wine craters. and is the most distant from the central craters of Etna, and the closer one to Catania. Trigona consists of two vulcanic cones with three recognizable summits. In fact, its name in Sicilian dialect is 'tri cona' and means threecones. Both craters have a plateau on top perfect for wine growing: maximum exposure at about 500 asl. The soil has evolved to light pumice stones and lava sand with high draining capacity. The roots of the vines reach enormous depth in search of humidity. On top of the Monte the views are stunning. The wineyards are right in front of Mount Etna and offer sea views in the other directions.
.

On a November day in 2017 I found this old vineyard on a small crater not far from my home in Viagrande. The place stunned me: on the top stood an old cottage with a well and a terrace with stone seats. The cottage was situated had in front an old vineyard overlooking a great snow-capped Etna, with on its flanks the town of Trecastagni with its bell tower. The Ionian Sea, in the distance, watched. The vines grew where once lava flowed. I wanted to know how that wine would taste like.
Joris Doesburg 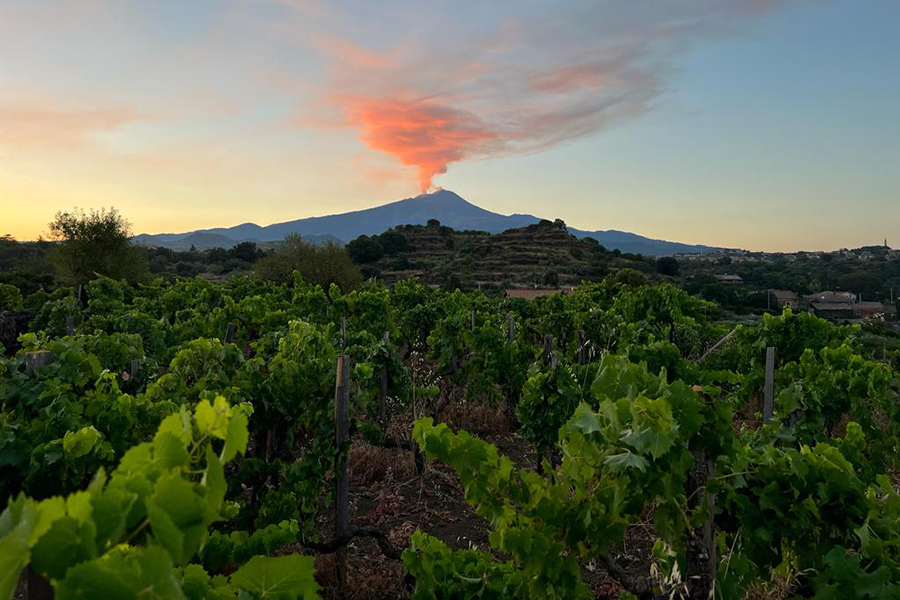 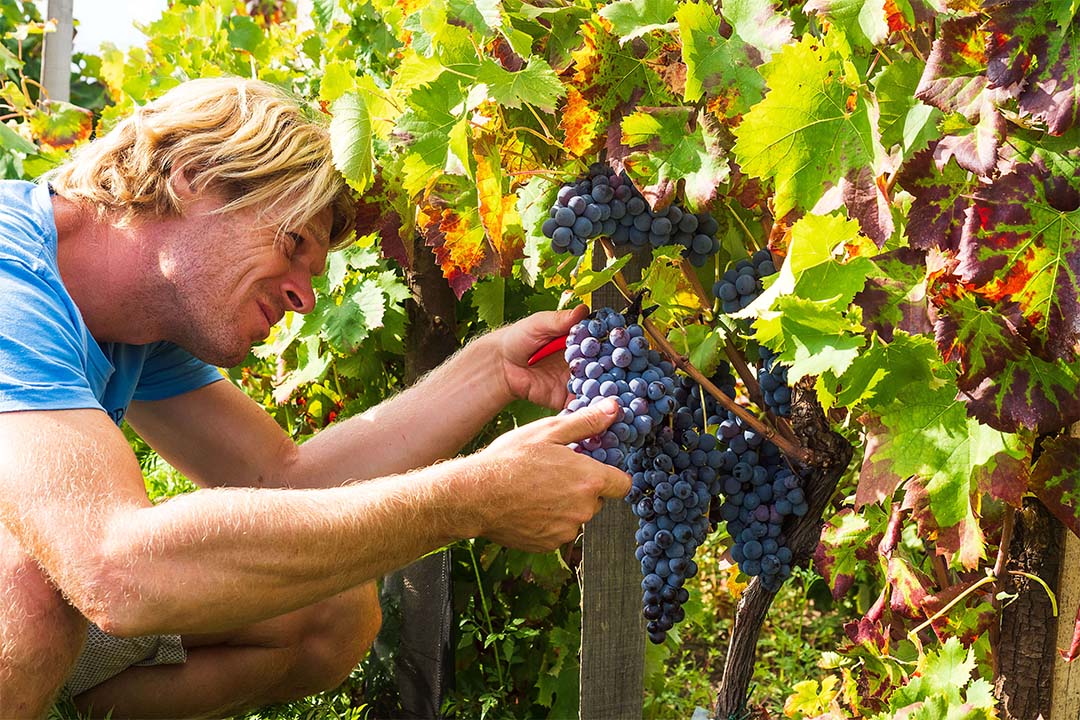 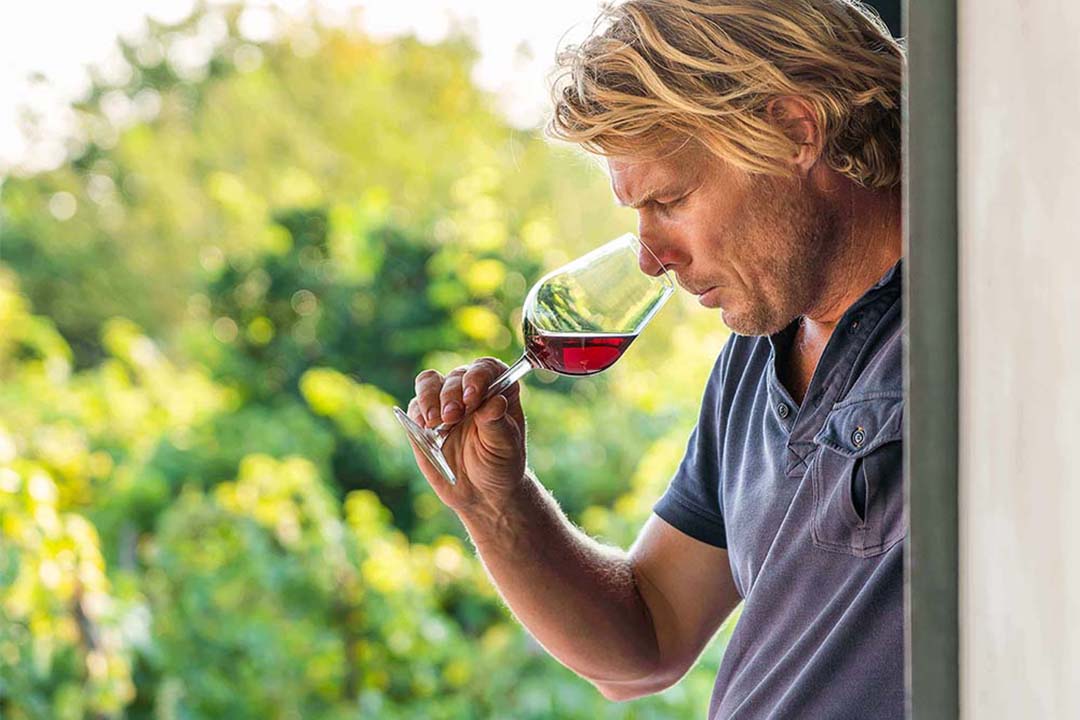 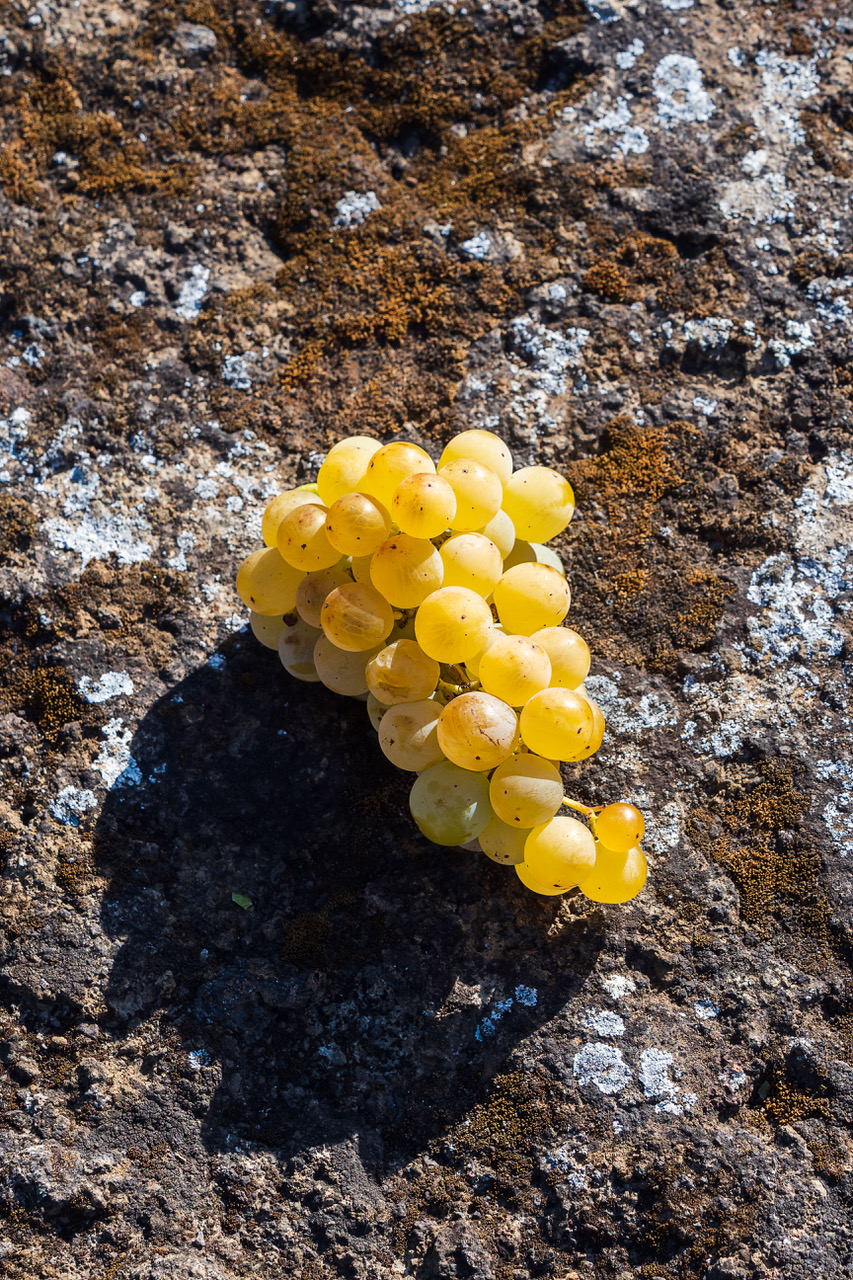 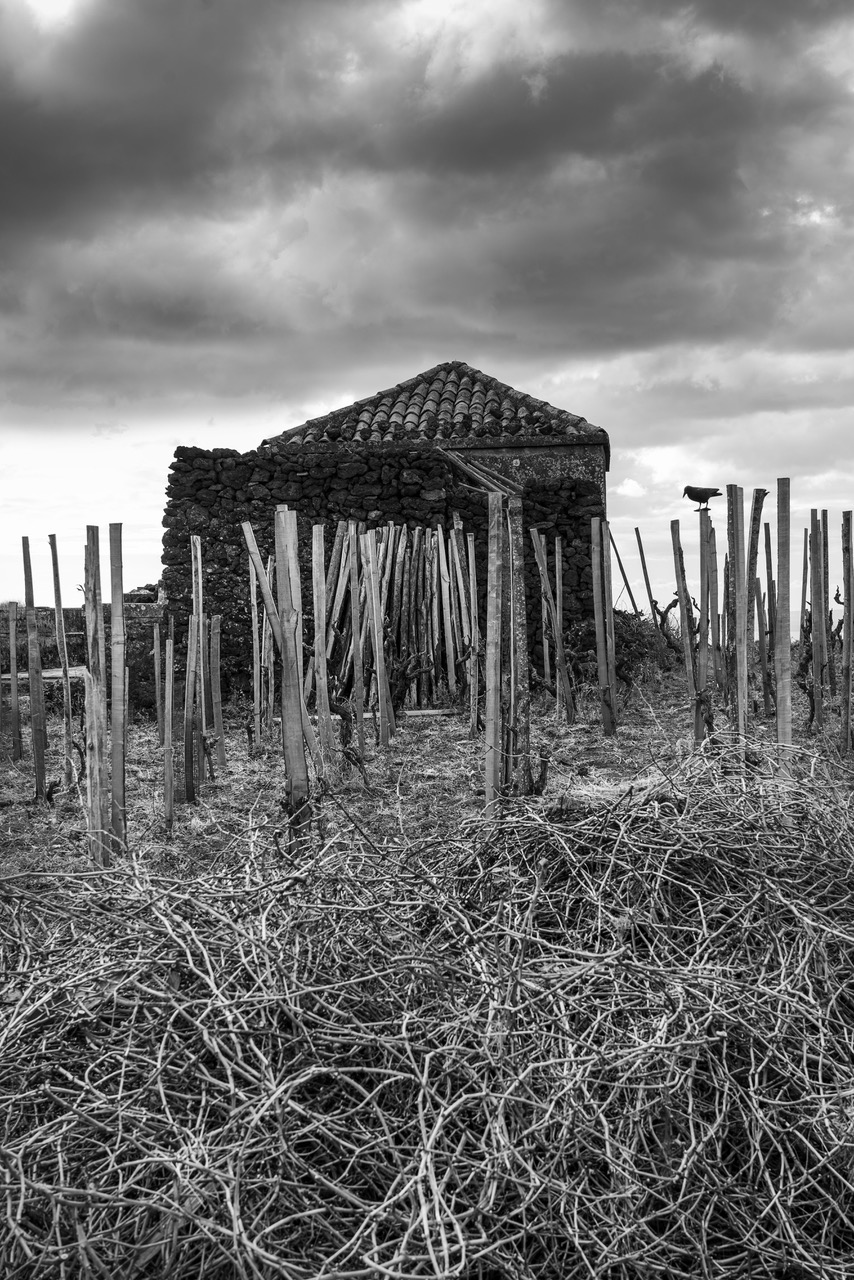 Book an experience at Monte Trigona

Walk on craters, visit a lava cave and experience winetasting at sunset with stunning views of the Etna and the sea. All in one afternoon. 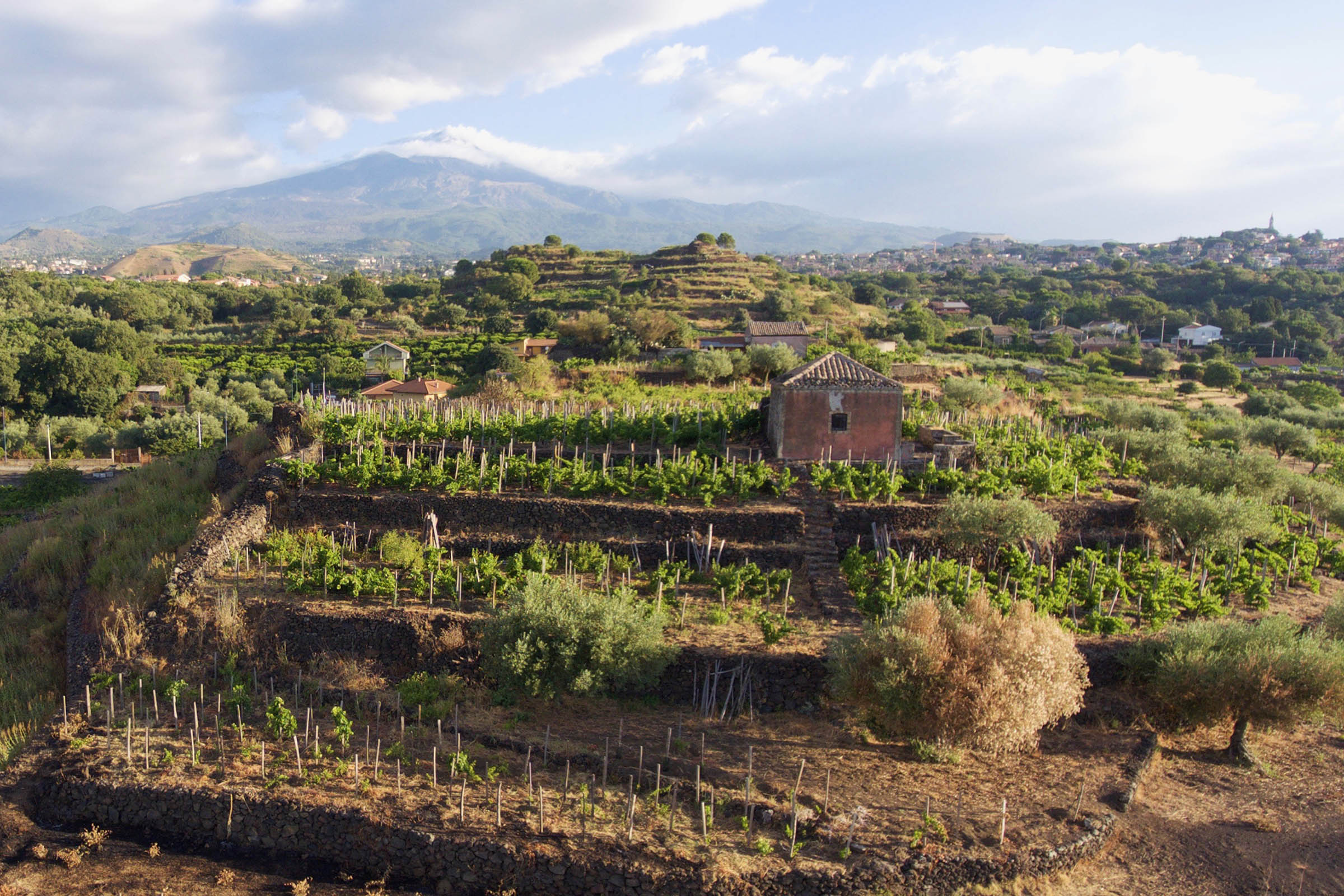 Walk among the vineyards and through the bushes, climbing the terraces and the numerous ancient stone stairs, to reach the top of the crater. On the way down taste a wine in the lava cave. Then walk to the cottage to taste some fruit, Sicilian antipasti and continue wine tasting. Wine made of the old bush vines from the crater vineyard. Natural wine, without sulfite or any other additions. 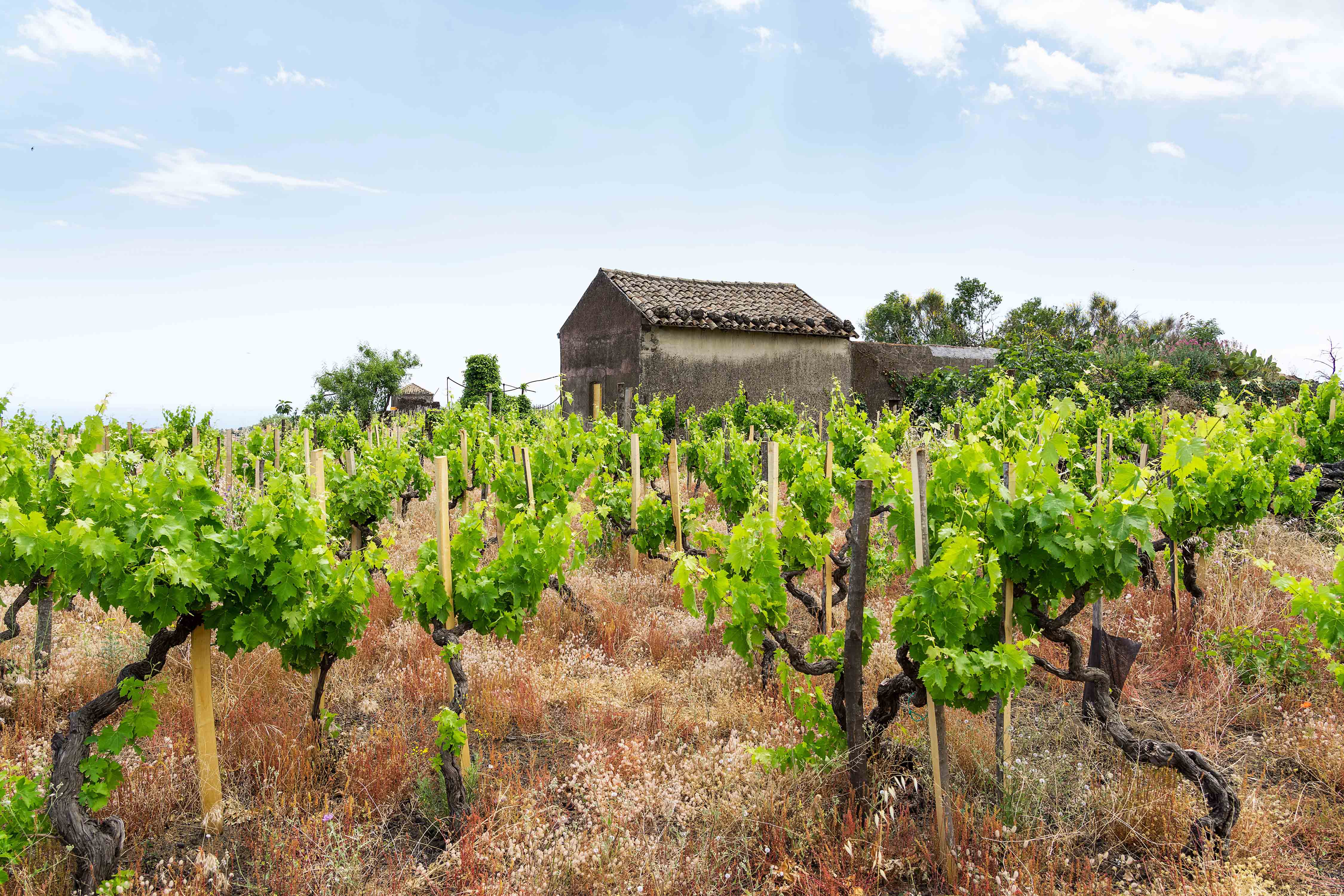 Available from May until September.

End the Wine Crater Walk with a Diner at sunset with an Italian Cook that will prepare dishes based on local fresh fish.

Available from October until March.

The Wine Crater Walk starts in the morning at 11:00 and ends with a Lunch with an Italian Cook that will prepare dishes based on local fresh fish.

The seasons of Wine 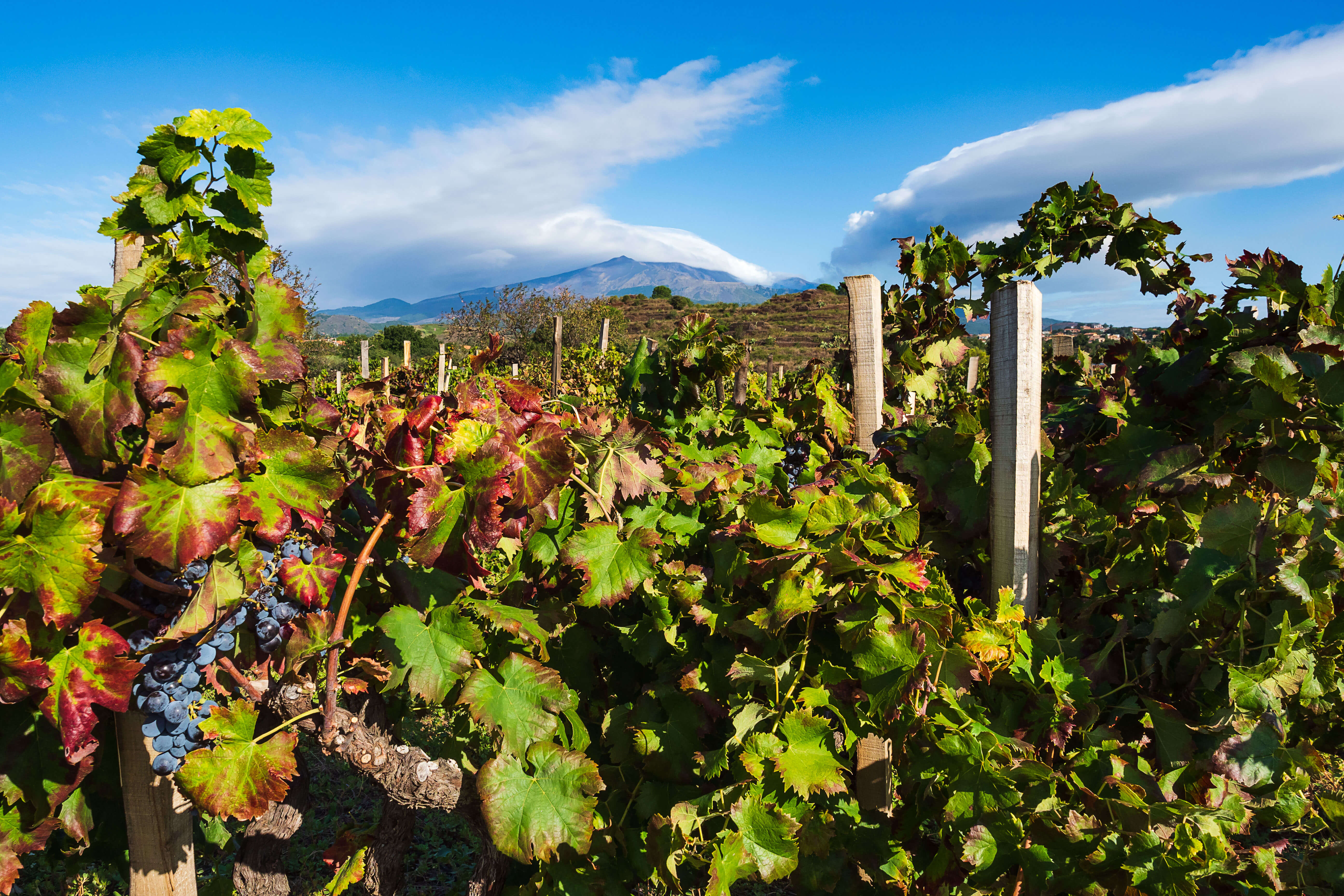